With the launching of open government data portal (https://odisha.data.gov.in) Odisha became the fifth state in India to open its data for free access and use by all stakeholders in machine readable format.

Smt Nandita Chaudhri, DDG delivering the welcome address on the occasion lauded the steps taken by Government of Odisha and committed wholehearted support from NIC in taking this initiative forward.

Chief Secretary Shri Aditya Prasad Padhi, IAS said that data is the most valuable resource for the present generation like oil in the 1970s. Artificial Intelligence, machine learning and digital learning are emerging as effective methods for the present and the future. He asked the departments to upload more and more data on the public platform for larger benefit of citizens and civil society. He launched the portal in the occasion.

Press meet was organized to address about the Open data Initiative.

The inaugural session was followed by a daylong workshop on open government data, which was attended by Secretaries, Chief Data Officers & Data Contributors drawn from all departments.

During the second half of the workshop, Shri Shubhadip Biswas, Sr Analyst, OGD team, demonstrated the work flow of the software. He imparted detailed training to data contributors on how to create catalogues, datasets and publish them. He outlined role specific functions of Chief Data Officers, Data Contributors and PMU. He clarified different queries raised by departmental officers to their satisfaction. 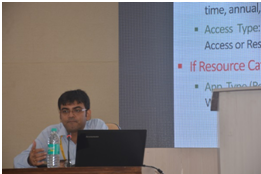 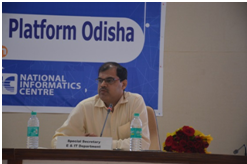 Shri R.N.Palai, Spl Secretary, Electronics and IT gave the vote of thanks at the end of the workshop. He specially praised deliberations by Smt Alka Mishra & Shri Shubhadip. The workshop was jointly organized by NIC, Electronics & IT Department of Govt of Odisha and OCAC.

On 18th October, an internal training programme was organized for NIC officers Chaired by State Coordinator Smt. Nandita Choudhury, DDG at NIC VCR Hall which was attended by all officers including DIOs through VC. 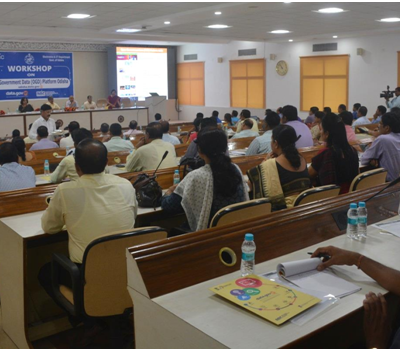 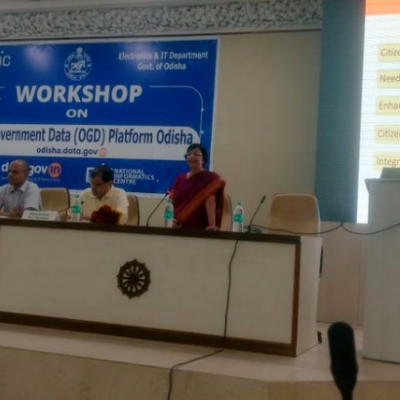 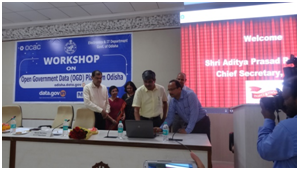