Glimpses of the Workshop on Open Government Data & Civic Engagement

NIC (National Informatics Centre) conducted a one-day Workshop for Data Controllers on April 4, 2013 at India Habitat Centre, New Delhi. All nominated Nodal Officers (Data Controllers) from Ministries and Departments were invited. There was a panel discussion on NDSAP implementation issues with the following distinguished panelists:-

The recommendations of the Panel Discussions are elaborated below:-

The workshop began with a welcome address by Ms. Alka Mishra, Sr. TD, NIC followed by an address by Dr. Y. K. Sharma, Director General, NIC, highlighting about the NDSAP Policy, the Data Portal India, responsibilities of the stakeholders and the community engagement for the development of Apps. Dr. T. Ramasami, Secretary, Department of Science and Technology (DST) delivered the inaugural speech. The issues faced by Ministries/Departments in publishing of data and the benefits of Open Data to the society at large were briefly discussed. As a part of the NDSAP requirement, Data Controllers were advised to submit the Negative List to the Department of Science & Technology; else it would be considered that all datasets of the Department could be shared in Open Format. Importance of Importance of Open Government Data, Community Engagement with Open Government Data was also highlighted.

Shri Rajiv Gauba, Additional Secretary, DeitY and Dr. B.K. Gairola, Mission Director, e-Gov delivered the keynote addresses on the occasion. Shri Gauba quoted “Data is the new Raw Materials in this Century” and global scenario on Open Government Data during his keynote address. He stressed upon more and more datasets to be published barring those concerning national security and individual’s privacy; Open Data policy, its global importance and implementation among all government departments; need for awareness and sensitization within the ministry and department to change the mindset by Data Controllers for open data sharing and accessibility; importance of quality data for the research and development and public at large. He also cited the example on the launch of 12th Five Year Plan Hackathon, organized by Planning Commission, which should encourage stakeholders viz. Government, Entrepreneurs, Civic Societies, Academia’s, etc. for development of different applications and suggest innovative ideas for public good. Dr. B.K. Gairola emphasized on the key role of social media and community participation in strengthening the Open Government initiative.  He emphasized that engaging communities would create a back pressure to the government to release good datasets.

The overview of Data Portal India as well as its status was presented by Mrs. Neeta Verma, Deputy Director General, NIC. She talked about building a mechanism for the Ministry/Department to push their new datasets to the Data Portal directly from their websites and eGov applications. The importance of Open Government platform was highlighted.

The Process and Procedure of publishing Datasets on the Data Portal was demonstrated by Ms. Alka Mishra & Mr. D. P. Misra, NIC. Various features and functionalities as well as capability of visualization, sharing modes, feedback provisions etc. were highlighted.

It was followed by the keynote address by Shri J. Satyanarayana, Secretary (DeitY) providing various suggestions around improving the quality and quantity of the datasets viz.

The panel enlightened the Data Controllers on various steps to be taken to drive the initiative to success and also addressed the various implementation issues faced and highlighted by different participants during the workshop. Issues around budgeting and resourcing were also discussed.  It was recommended that in project mode the roll-out, hand-holding as well as promoting the Open Government Data initiative should be carried out for the departments. The department should review the Open Government Data initiative monthly and there should be quarterly intra-departmental review. The Data Controllers on transfer/retirement should hand over the responsibility of Open Government Data Program also to his/her successor as well as inform about the change to the NDSAP PMU. The nomenclature “data controller” should be termed as “Data Manager”.

This session was followed by an interactive session with various stakeholders from the communities from diverge backgrounds viz. entrepreneurs, journalists, academia, researchers, application developers, students and representatives from various sectors of the government. Mr. A. K. Mathur, Deputy Director General and Data Controller for the D/o Chemicals and Petrochemicals gave a brief demonstration on the datasets published by the department and its potential for usage for public good. An overview on the different kinds of datasets published on the Data Portal and its potential usage was provided by Mr. D. P. Misra, NIC who also explained the various features imparted in the portal to enhance its utilization for all stakeholders. There was a 360 degree discussion around what more could be provided on the portal and what is expected as a contribution from the community. 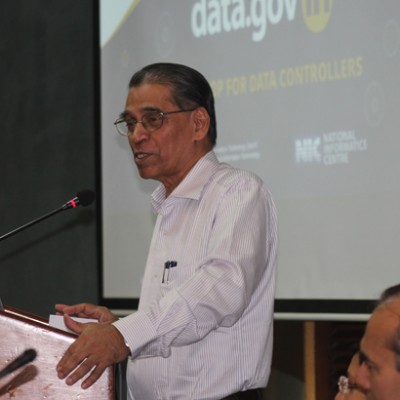 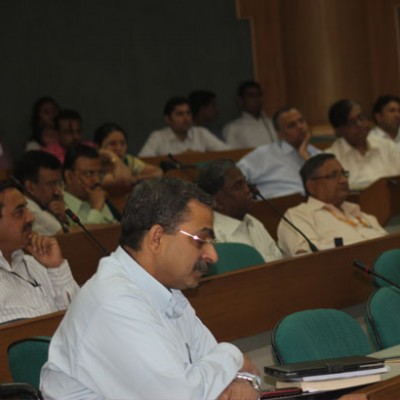 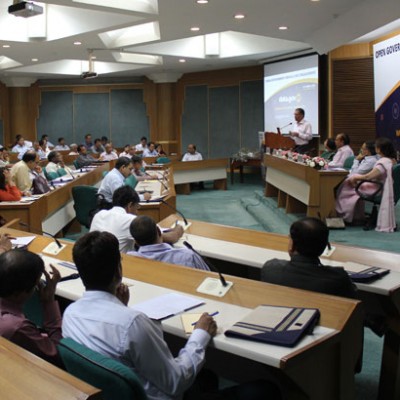 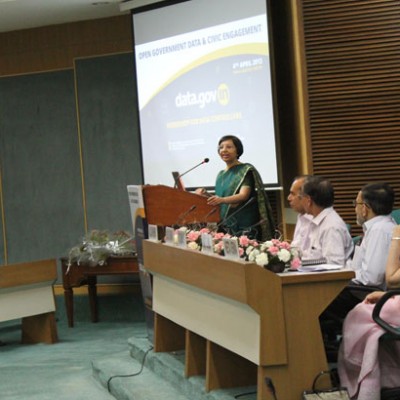 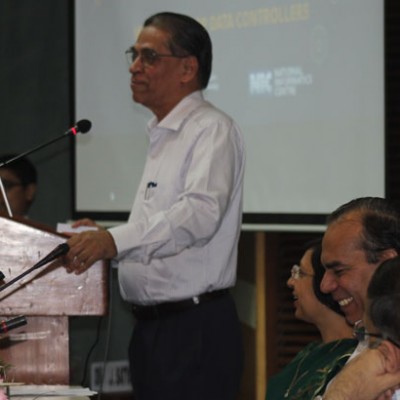 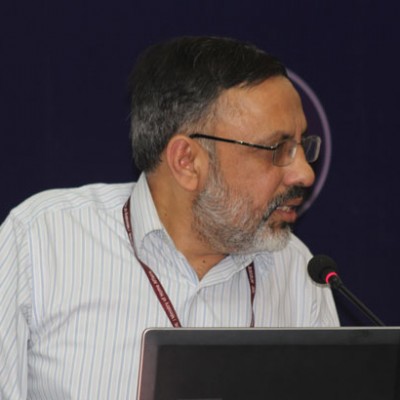 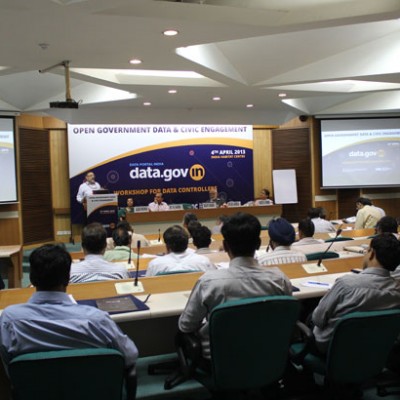 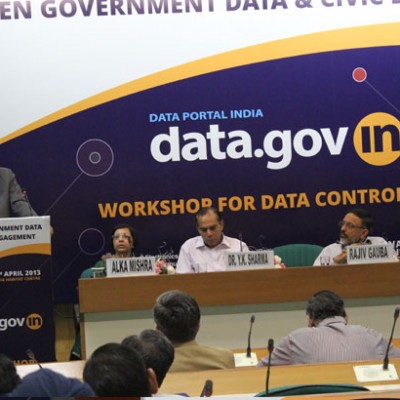 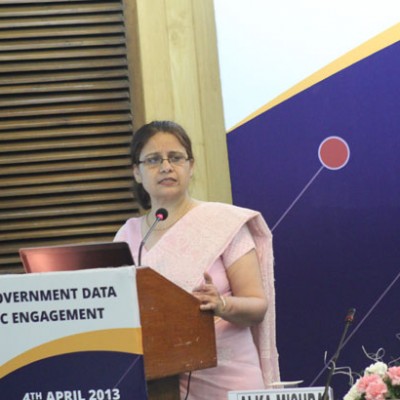 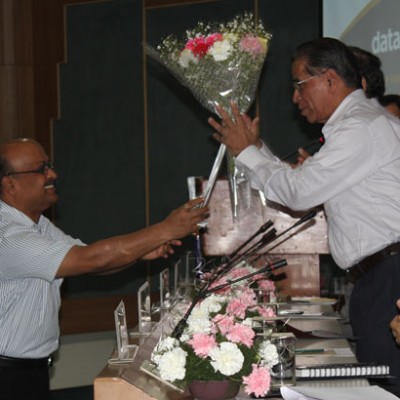 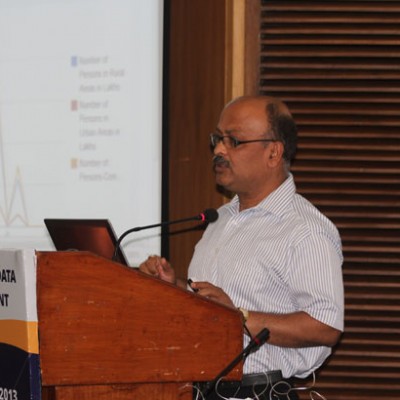 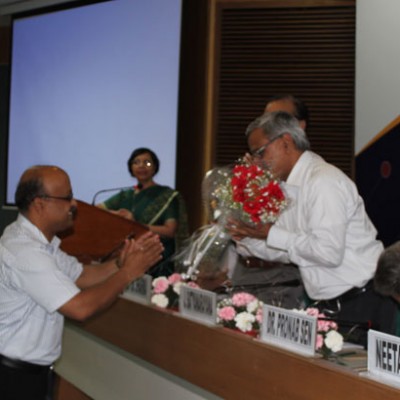 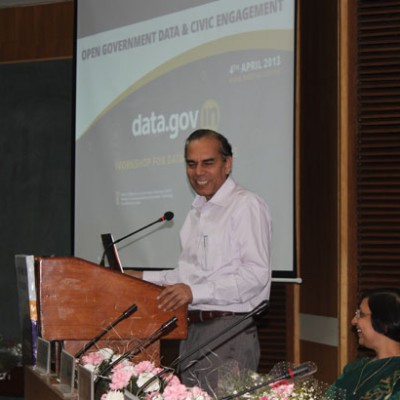 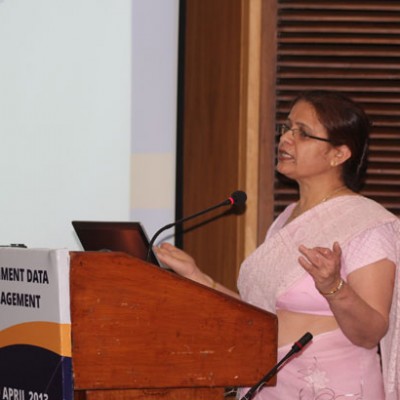 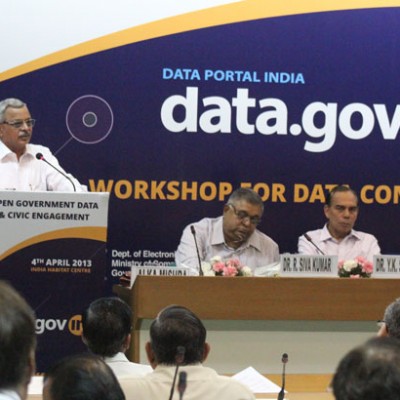 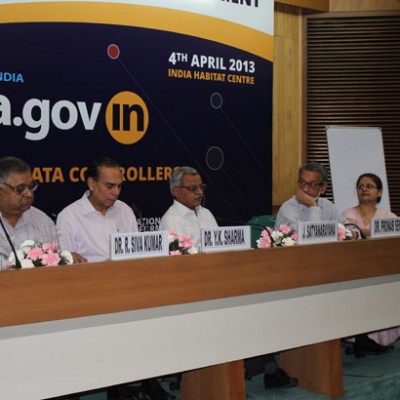 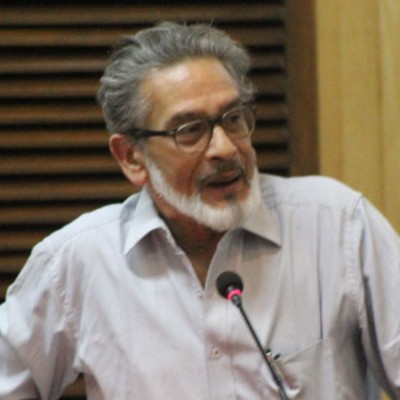 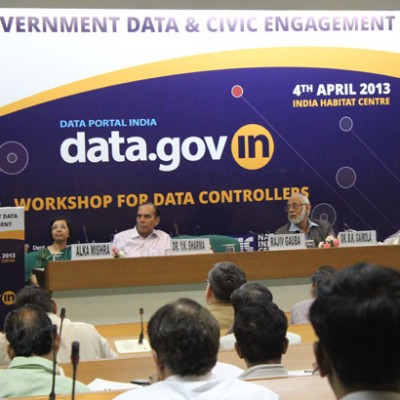 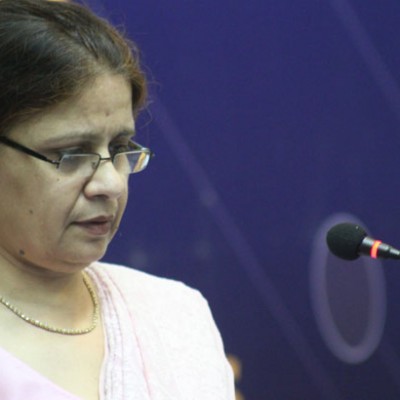 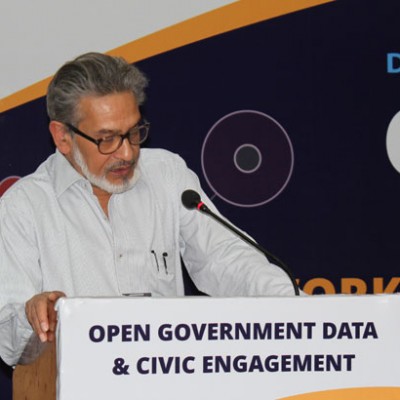 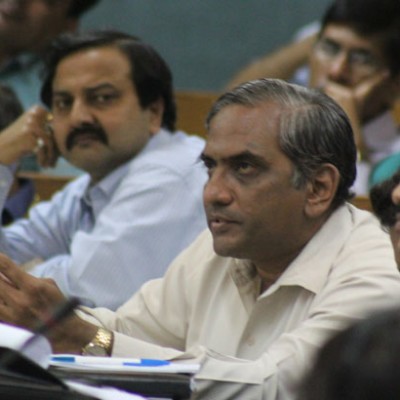 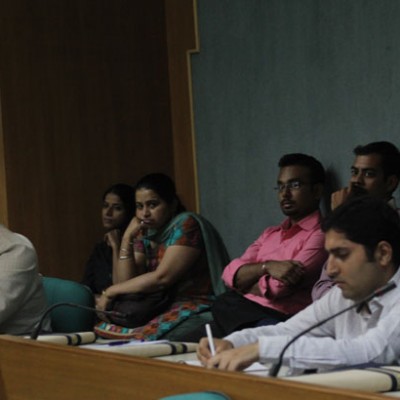 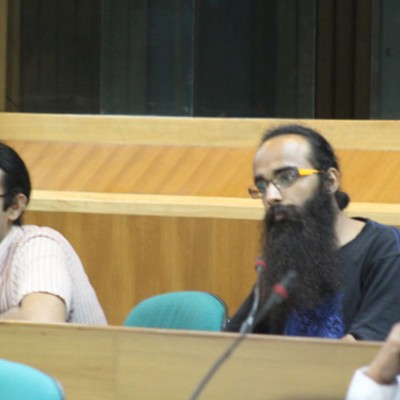 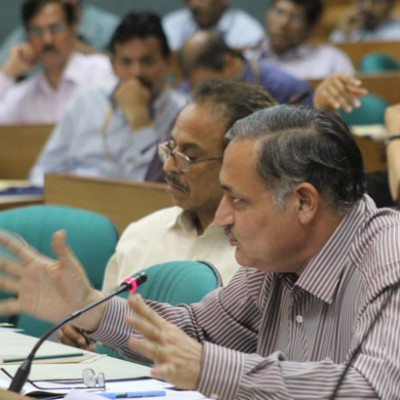 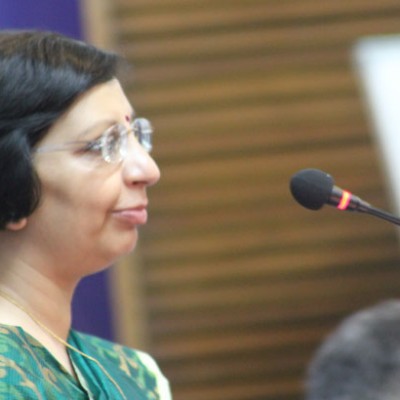 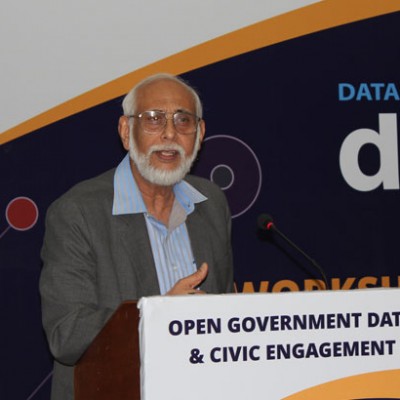 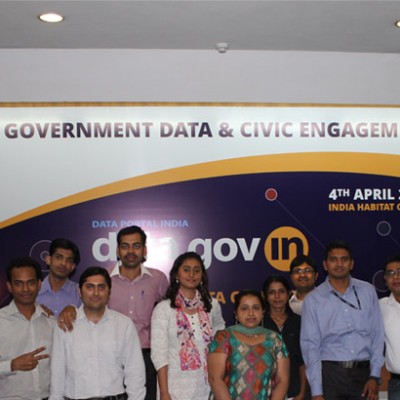 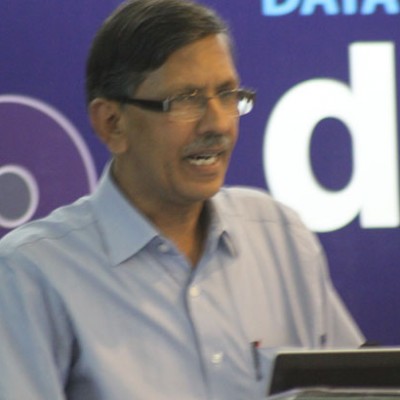 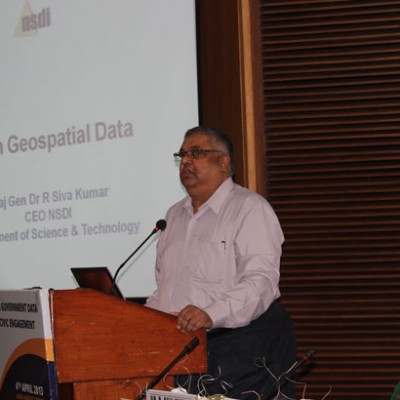 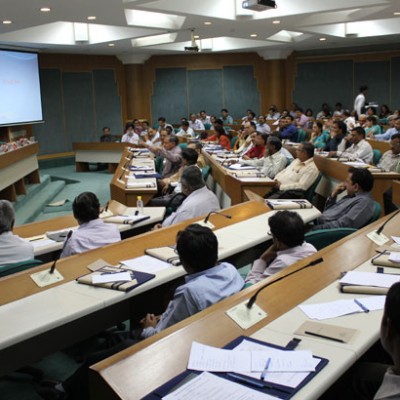 Participants from Community having affiliations to TISS, IBM, JUXT, CyberMedia, DataMeet Group, FOSS Events, Centre for Internet Society, AKVO, GMID among others actively participated during the Civic Engagement Session of the NDSAP Workshop for Data Controllers.